The River Teme is the second largest tributary of the River Severn and rises in the Kerry Hills in Mid-Wales from a small spring on Cilfaesty Hill.

The Teme is a rural river, passing through the market towns of Knighton, Ludlow and Tenbury before it joins the River Severn, just south of Worcester, some122 kilometres further on.

The 1,648 square kilometres of the Teme Catchment cover part of the counties of Shropshire, Herefordshire, Worcestershire and Powys.

Tributaries include the rivers Clun, Onny, Corve and Rea, and larger brooks, such as the Ledwyche, Kyre, Sapey, Leigh and Laughern.

TheTeme Catchment landscape is characterised by rolling hills and attractive valleys, with the sheep - grazed Welsh border uplands in the west giving way to the softer, more fertile countryside of the English Midlands in the east.

The unspoilt countryside is widely regarded as some of the most attractive in Britain, with the river flowing through Areas of Outstanding Natural Beauty, the Shropshire Hills and Malvern Hills.

The Teme Catchment Partnership brings organisations and individuals together to improve water quality and wildlife habitats in and around the river, benefitting both the environment and local communities. 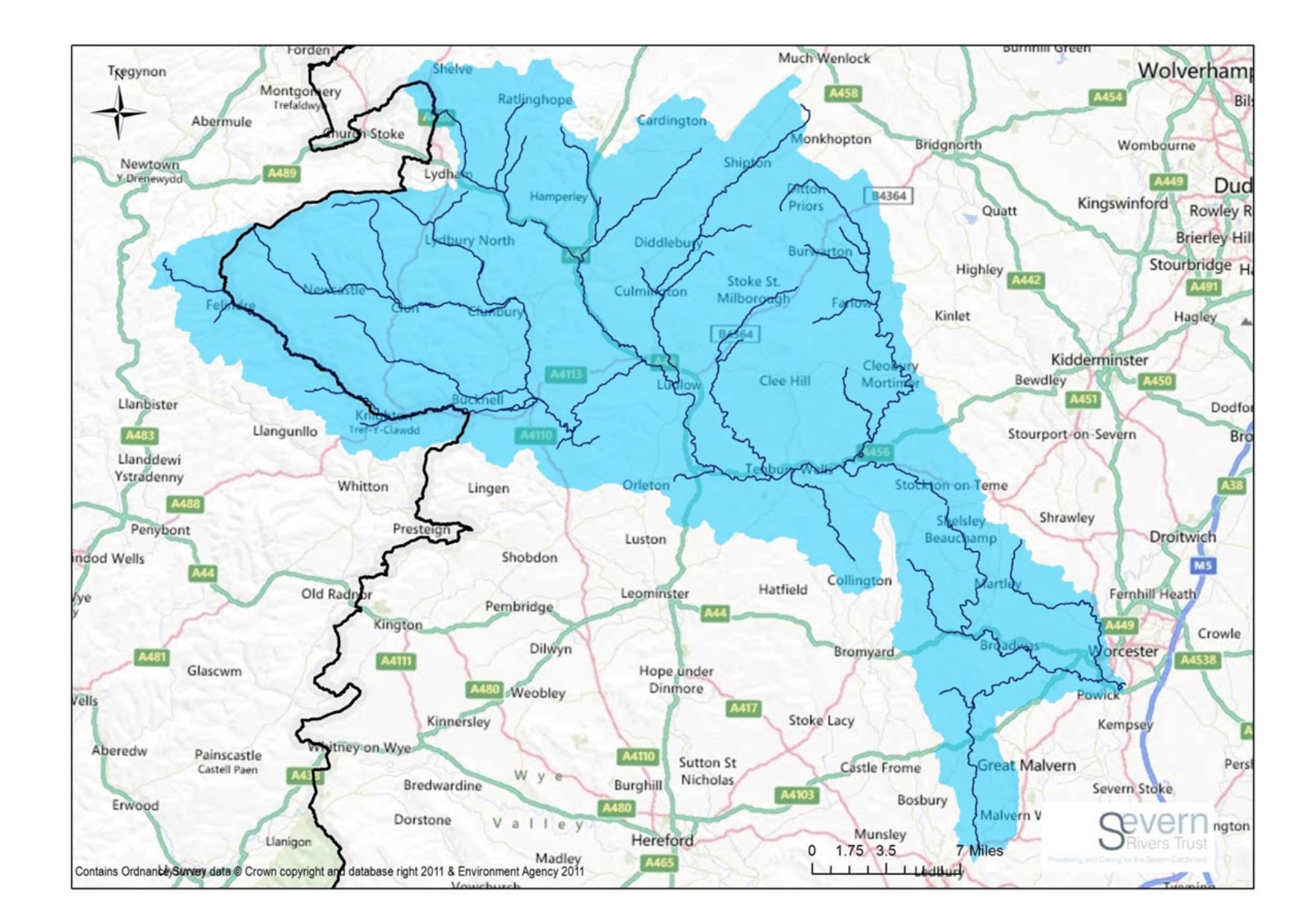